Home » Blog » A Message to Our Heating Oil Customers

A Message to Our Heating Oil Customers 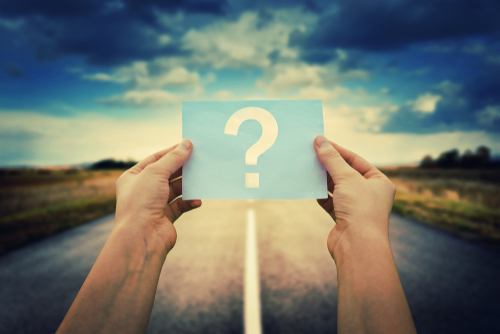 Our economy gets increasingly global every day. That means that events on the other side of the globe can affect the price of things here in southeastern Massachusetts. Heating oil is no exception. And when the price of oil rises, it hurts us all—even those of us who are in the business of selling it. Let’s take a look at how current events are affecting the price of heating oil.

Global crude oil prices soared to over $100 per barrel for the first time in eight years after Russia invaded Ukraine in late February. As you probably know all too well by now, the price of crude oil goes is linked to the price you pay for gasoline, heating oil, and many other products.

This is unwelcomed news to those of us already exhausted after two years of surviving a pandemic. Prior to this, energy prices in all sectors—oil, propane, natural gas, and electricity—had been on a steady rise because global oil production hadn’t yet caught up with the pent-up demand that quickly followed the perceived end of the pandemic.

Even before the war in Ukraine accelerated price increases to an even greater degree, frenetic consumer spending—combined with persistent supply shortages—had already sent inflation rates in our country to their highest level in 40 years.

Why Is Oil Supply Still Lagging?

You’ll hear some pundits and politicians in the U.S. assert that “we just have to drill for more oil at home.” That’s a simplified and misinformed solution to the production shortfall.

Investors know that a zero-carbon emissions world is not too far off in our future. Big money is holding back on fossil fuel investments as legislators try to move the country toward more renewable energy. Investors are looking to sink their money into long-term, profitable opportunities in the burgeoning green energy field.

Local heating oil dealers like us are making great gains in terms of making our fuel more dependent on renewable energy too. W.H. Riley & Son is proud to deliver Bioheat® fuel to our customers.

Another factor influencing oil companies is what happened in the spring of 2020 when crude oil prices fell all the way to negative $30 per barrel. Traders had to pay buyers to take oil! Since then, however, prices have been rising steadily. And then they exploded in late February after the Russian invasion of Ukraine.

But, proving just how much and how quickly things can change, crude oil prices have dropped under $100 per barrel again (as of mid-March). This was caused by a variety of factors, including the unexpected Covid-19 lockdowns in China, small signs of a possible diplomatic solution to the Ukraine conflict, and the biggest drop in four years of “bullish bets” on the market by hedgers.

To say that we are currently in the midst of an extremely volatile energy market would be an understatement.

Russia is a large factor in all of this because it is the third-largest petroleum and liquid fuels producer in the world (behind only the United States and Saudi Arabia). It’s a major exporter of both crude oil and natural gas.

For weeks, energy prices had been rising in anticipation of the sanctions that were likely to be levied on the Russian energy sector if the country invaded Ukraine. In the frenzied world of investment, this is known as the “fear factor.” Even the hint of a possible disruption in energy supply influences how commodities traders buy and sell.

After Russia invaded, the U.S. was the first country to place a ban on Russian imported oil and petroleum products, which amounted to about 7% of U.S. imports in 2020. In comparison, Canada ranked number one with 52% of petroleum imports, according to data from the U.S. Energy Information Administration (EIA).

But here’s where the fear factor comes in again. While Russian oil imported into the U.S. accounts for just a few drops in the barrel, so to speak, the prospect of Europe eventually joining the U.S. in banning Russian energy imports would leave a big void to fill, and those who make their living in the oil markets don’t like that uncertainty. This includes the speculators who are betting on price moves as well as the hedgers, who are limiting risk for their clients who are involved with either the production or consumption of oil.

We don’t know where things will go from here, but we hope this spike is only temporary. Nothing will make us happier than when the world is a more peaceful place and heating oil prices return to normal. Until then, know that W.H. Riley & Son will continue to deliver the best products with the best service.